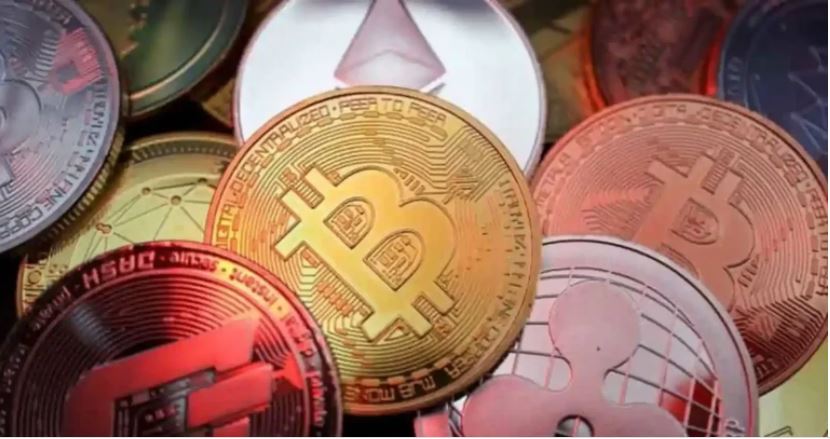 Over the last week, the price of Waves has grown 76%. The price of WAVES has risen by 6% in the last 24 hours, to $55.11, received a boost from the announcement of WAVES Labs.

President Biden signed an executive order on crypto innovation on March 9 that was good and bad for Bitcoin. On the plus side, the EO wanted to encourage innovation in crypto. On the minus side, the US government wants to reduce ‘negative climate impacts’ of crypto.

This could be bad news for Bitcoin. According to Digiconomist, Bitcoin has a CO2 footprint equal to the Czech Republic, an energy consumption equal to Thailand, and an electronic waste output equivalent to the Netherlands.

Bitcoin remains the world’s largest crypto token by market cap – dominating 42% of the industry, according to CoinMarketCap. But the growth of many altcoins is beating Bitcoin as we enter April 2022.

SOL has a price of $125. Solana’s market cap swelled to $41 billion in the last days of March as it jumped from 8th to 6th place in the CoinMarketCap crypto rankings. SOL has grown 20% in the last week, compared to Bitcoin’s 1.5% growth.

The world’s top NFT marketplace by trading volume, OpenSea, announced the integration of Solana-based NFTs by April 2022. Alongside other good news announcements for investors, Solana’s price increase has managed to beat Bitcoin.

Ethereum’s token price has fallen along with Bitcoin. Both cryptocurrencies lost 4% of their price in the last 24 hours, but Ethereum’s strong growth over the past week has seen an overall 4% increase in price – regardless of recent losses.

Ethereum is the second-biggest cryptocurrency by market cap (currently $395 billion) but unlike Bitcoin, it offers its blockchain network to developers. The sheer size of the Ethereum network has led to processing bottlenecks, with rocketing gas fees and slow speeds. Ethereum plans in the next few months to switch to a Proof-of-Stake consensus mechanism and fix its issues.

EverGrow Coin has enjoyed growth up to 12% from local lows in March, before a slight decrease in price following today’s market downturn. But EverGrow Coin is designed with tokenomics that take advantage even during price drops to reward coin holders with stablecoin reflections.

EverGrow Coin has paid over $35.5 million in BUSD reflections since starting up in September last year, financed by a 14% tax on transactions. Its investor base has soared to 137,000 in recent days as EverGrow Coin launches a new NFT marketplace that allows lending against NFTs as collateral. The mechanism opens up a new passive income stream from NFTs that’s not yet been a possibility.

Before the end of 2022, EverGrow Coin has also announced it will build its applications into The Abstract metaverse. The project, run by US-based Objective Reality Studios, offers the world’s first cloud-streaming service for virtual reality gaming. Using either a VR headset or a desktop or mobile, users can enjoy play-to-earn gaming and crypto exchange, NFT marketplace, and content subscription platform all housed on The Abstract.

Waves have grown an impressive 76% growth in price over the last week. A further 6% growth in the last 24 hours has pushed WAVES’ price to $55.11.

Waves have been growing fast this year from outside the crypto top 50 to a current 30th position, according to CoinMarketCap. It’s a multi-purpose blockchain platform that fully integrates with Ethereum, but supports the creation of DApps and smart contracts with faster speeds and lower costs.

Behind Waves’ recent growth is the announcement of the new Waves Labs, which aims to set up a $150 million accelerator fund to attract new developers. Waves Labs will be headquartered in Miami and focus on projects in the US market.

Waves came under scrutiny following the Russian invasion of Ukraine on February 24. The platform is often dubbed the ‘Russian Ethereum’ thanks to strong links to state-owned manufacturing giant Rostec and the private Alfa-Bank. Analysts like Peter Guo from the Hong Kong-based crypto firm Babel suggested to Bloomberg Waves’ price hike could be a ‘response’ to economic sanctions on the Russian Rouble.

However, founder Aexandr Ivanov told Bloomberg he is actually Ukrainian, and that his blockchain firm has ‘cut ties’ with Russia. “I don’t think there’s any connection between the situation in Russia and the current market action around Waves,” Ivanov said.

STEPN is currently the top trending token on CoinMarketCap. Its token price has soared 290% in the last week and 15% in the last 24 hours to hit a price of $2.82 per GMT token. The project launched in early March and has already amassed a market cap of $1.7 billion.

STEPN is a Web3 lifestyle app that rewards users for walking, jogging, or running outdoors. It’s similar to a play-to-earn game like Axie Infinity in that new users must buy NFT Sneakers on the in-app marketplace, but the rewards are earned by exercising.

Although STEPN is still in beta, it’s seen over 100,000 downloads on the Google Play store. It runs on the Solana blockchain and you’ll need SOL to buy or rent a pair of sneakers. To begin with, you can earn the GST token, but once you own a pair of sneakers you can earn limited-supply GMT governance tokens.

STEPN has hinted at a partnership with a top sports brand, fuelling its rapid growth in April 2022.

« Is It Late to Buy Waves? How Do I Get Waves Coins?
Sasha Ivanov Blames Alameda Research for Price Manipulation as WAVES Sees Decline »

Is It Late to Buy Waves? How Do I Get Waves Coins?